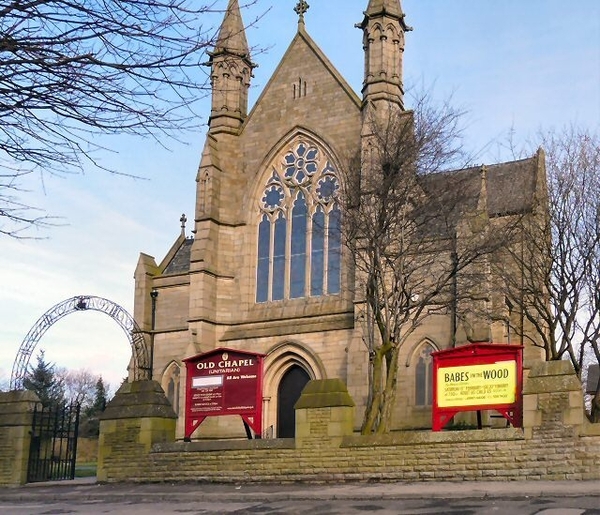 There is an interesting building in the town of Dukinfield, Greater Manchester. You might not have heard about it though. We would like to share why it's so special and why they need support to help with restoring their very old roof!

Where it all began
Three hundred years ago in 1707 building began on the first chapel, specifically erected for public worship. It was a much more modest affair than the Victorian Gothic building that exists today.

The first service was held on 26th August 1708 when the Rev Samuel Angier preached a thanksgiving sermon for the British forces' victory over the French army in Oudenarde in East Flanders.

Over the years the building has grown in size and stature. The first chapel building lasted 132 years. Its condition was causing concern in 1838 and a building committee was formed to plan a new and bigger building to house a growing and more influential congregation. Before they had completed their deliberations a terrible storm damaged the Chapel beyond repair on 7th January 1839.

During the next 18 months on top of Chapel Hill rose the new Chapel building. The architect was Richard Tattersall of Manchester. The building was constructed from the finest Yorkshire stone.

Today
The present smaller congregation that exists today are very proud of their beautiful Victorian building but they do sometimes look back at that neater first Chapel and wish that they had a building of similar size today!

The key words 'Freedom, Reason and Tolerance' are important to this chapel. They are united in their belief in freedom and thought, tolerance of, and respect for others' beliefs and in letting each person follow the direction indicated by our own conscience.

In the heart of their local community, they have held many activities to help raise funds for their Chapel. Since Covid-19 however, they have had to halt worship for many months at a time. This has not helped their need in raising more funds to restore the roof.

With phase One complete, they need more help to generate the funds for the next phase. A building is nothing without a roof, and Dukinfield will be far worse off if this building cannot be restored and maintained for further generations.

Visit the Old Chapel to learn more about this great building and get in touch with them if you want to donate and help to keep this historical building at the heart of their local community for a further 300 years!